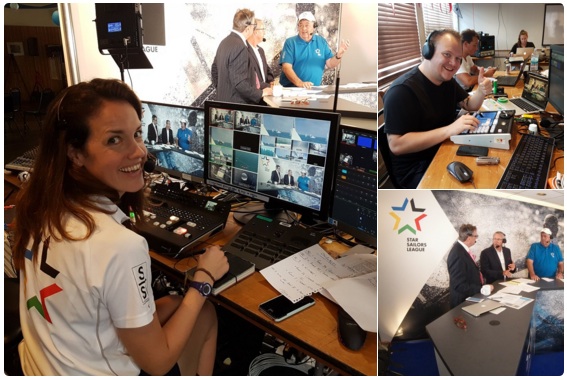 Our most dynamic live sailing production of the year was, without doubt, the Star Sailors League Finals in Nassau.

With racing taking place in a balmy, near perfect 15 knots on Nassau's Montagu Bay, the 'take no prisoners' shoot out on the last day of the Star Sailors League Final saw the fleet narrow to seven teams after the Quarter Finals and to four after the Semis.

This left the finals being contested by France's Xavier Rohart/Pierre-Alexis Ponsot, Britain's Paul Goodison sailing with German Frithjof Kleen, Brazil's Robert Scheidt/Henry Boening and the USA's Mark Mendelblatt/Brian Fatih, the latter crew having 'fast tracked' straight through after decisively winning the qualifiers. Mendelblatt/Fatih led off the line and were looking secure for a win, but but it was Goodison and Kleen who at the very last moment took the win by just a metre - a suitable ending to this ultimate 'champion of champions' regatta, where the winners gets to walk away with US$ 40,000 of a US$ 200,000 total prize purse.