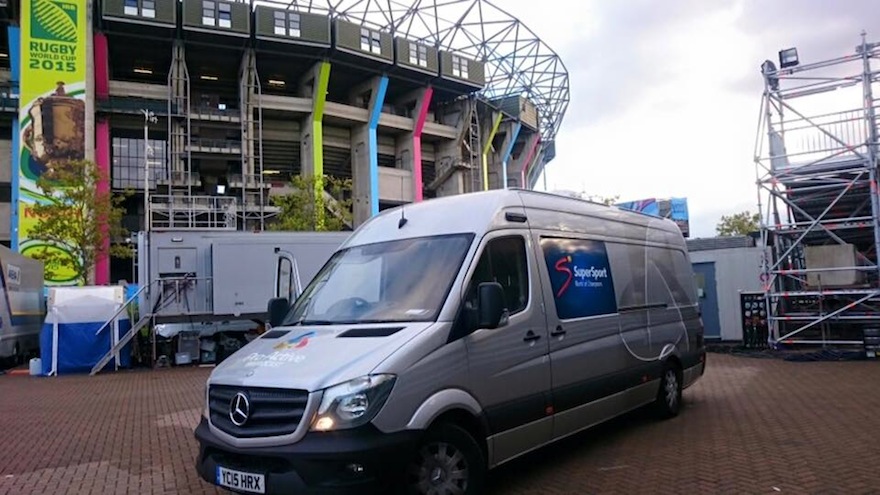 The Pro-Active outside broadcast unit has been hard at work providing unilateral studio and pitchside coverage from Twickenham for leading South African sports broadcaster, Supersports, throughout quarters, semis and final of the 2015 Rugby World Cup.

Having provided studio set-up, the main effort for the OB unit was co-ordinating the live match coverage feed with the output of three cameras in the Twickenham studio, one pitchside and one flash zone, plus EVS replay, graphics and comms to the main Supersports studios in Capetown.